Thanks to Tasha Dannenbring, Director of Assessment and Institutional Research, South Dakota Board of Regents, for providing the original idea and background for this article. 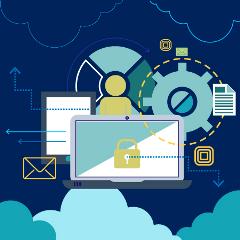 The Foundations for Evidence-Based Policymaking Act is an important, bipartisan effort to improve the availability of federal data and evidence for developing, evaluating, and improving policy.

The legislation, signed into law in January 2019, includes key recommendations from the U.S. Commission on Evidence-Based Policymaking to strengthen data privacy protections, improve secure access to data, and enhance the federal government’s capacity for producing and using evidence.

Below are key highlights with some discussion of potential impact within higher education. Additional background and perspectives on the Act and its implication are available from the Bipartisan Policy Center, the National Skills Coalition, and the Consortium of Social Science Associations.

It also requires the formation of an Advisory Committee on Data for Evidence-Building that will include federal officials and representatives from state and local government – providing an opportunity for increased discussion and widespread application of good practices for data sharing and safeguarding privacy.

An important provision within the Act for outside researchers, analysts, and evaluators is the directive for the federal government to streamline the application process for those seeking to work with federal data. A common portal will be created to allow access to restricted data from across the government, while maintaining uniform security requirements.

In addition to providing advice on protecting data, the Advisory Committee on Data for Evidence-Building is also responsible for reviewing and coordinating data sharing across agencies to help eliminate duplication and reduce the reporting burden on the public in providing information for statistical purposes. The Act specifically addresses enhanced sharing of business data among the Bureau of the Census, the Bureau of Economic Analysis, and the Bureau of Labor Statistics.

The Act directs agencies to prioritize the collection and use of data to evaluate government programs through the development of evidence plans and the designation of an evaluation officer. In short, federal agencies will need to revise their approach to evaluation and evidence building from an activity that is conducted “ad hoc” to a process that is fully integrated into the ongoing operations of federal programs.

Agreement and support for legislation to expand access to federal data and promote the use of evidence to inform policy-making is a positive development in a political environment marked by fierce debate on the relevance of facts and expertise. Although it is too soon to judge the impact of the Foundations for Evidence-Based Policy-making Act, advocates believe that expanded, secure access to multiple sources of federal data for researchers, analysts, and evaluators will help improve our overall understanding of where governmental programs are succeeding and where they are not, and lead to the development of new and improved policies that are based on sound data and analysis.

Some hold up the idea of “evidence-based policy-making” as a path to avoid ideological roadblocks. Those of us in the data and IR community applaud efforts to bridge divisions and create common understanding through data and evidence. We also recognize that while evidence can inform better decisions, it does not provide one “right” answer, and does not replace difficult conversations about differing values and goals. Nonetheless, the Act is an important first step in the intentional and systematic use of data and evidence to develop, evaluate, and improve federal policy and programs.