A. Context for the Tableau Server Environment

In 2014, the University of Wisconsin-Madison (UW-Madison) expanded business intelligence (BI) tools to include Tableau software and a Tableau server environment. It was clear from the beginning that we would need centrally supported coordination for Tableau developers who are distributed across the university’s administrative and academic units. Coordination would ensure high-quality and user-friendly content for the university community and establish a balance between maximizing access and maintaining security considerations. Tableau server governance evolved through many phases over time. That evolution was supported by the hiring of a chief data officer in 2015 and the formalization of the Office of Data Management and Analytic Services (ODMAS) in 2017. This article outlines the current (June 2021) Tableau governance infrastructure as a model for others whose culture demands a federated approach.

When we were preparing to launch our Tableau server, we looked for existing models at other institutions. Some institutional research offices completely controlled a Tableau server for their own use and did not coordinate with data analysts in other units. Some institutions implemented a centralized BI developer unit where colleagues across campus provided specifications, and all Tableau workbook development and publication was done by Tableau developers within a single central office, often associated with Information Technology (IT). Some set up their Tableau server with a centralized IT support and an open approach to Tableau workbook development and publication to end-users.

We took a fourth approach. We established a centrally managed Tableau server environment that would ensure adherence to data governance roles and protocols, compliance with regulation related to data handling and protection (for example FERPA), standards and style guidelines for published Tableau workbooks, and an appropriate balance of access and security. The Tableau server, under the aegis of ODMAS Tableau administrators, authorizes and supports a federated model for Tableau developers who are employed in administrative and academic units across campus. Developers have wide latitude to leverage their subject matter expertise and meet the data needs of stakeholders within established governance boundaries.

About University of Wisconsin-Madison

University of Wisconsin-Madison (UW-Madison) is a large research university with approximately 45,000 students, 22,000 employees, and annual expenditures exceeding $3B. UW-Madison is the largest university among the 13 member institutions of the University of Wisconsin System. As of May 2021, UW-Madison’s Tableau server houses nearly 300 workbooks prepared by 19 authorized Tableau developers across a dozen administrative and academic units for use by the campus community and the public.

B. Relevant Features of the Tableau Environment

Certain decisions established the framework for governance of the Tableau environment. First, we set the purpose of the Tableau server environment to support the mission and business of the university through access to institutional data (see sidebar). Secondly, we limited the Tableau server to developers who would publish content relevant to their administrative office or academic unit; academic research or direct use in instruction was out of scope. Third, we defined regulated roles for participants in the Tableau environment, including administrators, developers, publishers, and end-users. Fourth, we divided the Tableau server into a Staging area where workbooks (or dashboards) are available for limited access during draft stages of development and testing and an Institutional Data area that serves as the production environment for end-user access.

The authorized developer and authorized publisher roles are at the core of the federated model. Individuals in administrative and academic units who have job duties related to analytics and the provision of data to internal or external audiences are eligible to become authorized Tableau developers. Authorization involves orientation and training conducted by an ODMAS administrator. Authorized Tableau developers are given security access to the Staging area on the Tableau server, and to training materials and other resources, as described in the following sections. There are two ways for developers to have their workbooks published to the Institutional Data area. Some authorized developers work with an ODMAS administrator to move their workbooks from the Staging area project to the Institutional Data area. Most authorized developers seek authorized publisher status, which allows them to take on the publishing responsibilities. All authorized Tableau developers are trained in the use of the Tableau Visualization Standards Guide and the Tableau Visualization Style Guide (section E). The ODMAS administrators have developed Tableau templates that conform to the standards and style guidelines and serve as the starting point for all workbooks. In addition, ODMAS curates the instruction manual for workbook review, documentation, and governance approval prior to publishing.

TDC membership is comprised of all authorized Tableau developers; participation in TDC is a requirement of being an authorized developer and publisher. ODMAS administrators maintain the membership of the TDC, coordinate meetings, and prepare and disseminate agenda materials. TDC members engage in discussions about all aspects of operation and governance of the Tableau server environment such as changes, bugs, fixes, upgrades, and any other problematic issues. Information shared through TDC also amplifies and reinforces the information Tableau developers learn through their authorization orientation. Because of the complexity of the development and publication processes, the TDC is an essential venue for information exchange and professional development.

Developers are responsible for several steps in workbook development. Developers prepare the workbook and then gather feedback from selected testers and future end-users who access the workbook through Staging. Testers are usually a mix of those who are sophisticated in their data use experience and more naïve potential end-users. When the developer has incorporated feedback and judges the workbook to be substantially complete, they test the visualization to make sure it is behaving properly and to check for adherence to the standards and style guidelines. At this point, the developer is responsible for creating documentation for the workbook, including all definitions and specifications. UW-Madison’s tool for collecting and sharing this documentation is Data Cookbook, which feeds the comprehensive glossary of data definitions and the Repository for Administrative Dashboards and Reports (RADAR), a comprehensive listing of all Tableau workbooks and other BI content. When the documentation is at a final draft form the developer is ready to move the workbook into the data governance review stages.

At UW-Madison, data stewards serve a critical role within the data governance environment. Each data domain has a data steward who helps define, implement, and enforce data management policies and procedures within their assigned data domain. They review Tableau workbooks and documentation, assign a data classification, and check that end-users who have access to the workbook have the appropriate security clearance.

G. Governance Review of Tableau Workbooks Prior to Publication

The developer notifies the ODMAS administrator that the workbook is ready for data governance review against the standards and style guidelines. After the initial ODMAS review, the relevant data stewards (see sidebar) come into the governance review process. Each data steward reviews the workbook for appropriate use of the data and establishes the data classification (see sidebar). Data stewards review the documentation to verify that definitions and specifications are consistent with established standards. Both ODMAS administrators and the data stewards will review the audience who is identified to have access to the workbook (access groups) to verify that they meet the appropriate security standards. These reviews often result in some modifications being made prior to publication and they enforce uniform quality and consistent application of data governance and cybersecurity standards.

After all reviews are completed, an authorized publisher (either the developer or an ODMAS administrator) moves the workbook to the Institutional Data area where it can be accessed by end-users. Communication to end-users about the workbook availability is generally the responsibility of the developer. The workbook will have an entry in RADAR (section F), which is where the university community can discover Tableau content. All Tableau workbooks have, as a standard home page feature, contact information for questions and feedback.

I. Renewal and Modifications

All workbooks require periodic updates, modifications, and renewal. Such updates follow a process similar to the process for new workbooks, although most of the steps are abbreviated.

J. Summing Up – The Pros and Cons of Complex Governance

This complex governance approach has both pros and cons. Positive features include a consistent experience for end-users when they use workbooks prepared by many different developers because of the standards and style guidelines. End-users can expect the same definitions to be used across all Tableau workbooks, as documented in the glossary. The review steps provide assurance that data are used consistently across Tableau workbooks. Data classifications and end-user access groups are in keeping with data governance and cybersecurity considerations. Turnover among developers is inevitable and this approach works especially well for transfer of knowledge and training by the ODMAS administrators and the TDC. The one downside is persistent requests among developers for increased flexibility, shortcuts, and relaxing of requirements. Thus, the governance requirements are constantly being evaluated and evolving in response to TDC and end-user influence. Most developers concede that they value the overall benefits of this centrally managed Tableau environment. 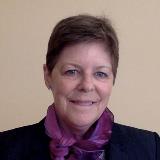 Jocelyn Milner, PhD, has been vice provost for academic affairs at University of Wisconsin-Madison since 2016 and director of Academic Planning and Institutional Research since 2003. She has a wide portfolio with interests in data analytics and data governance, student success, graduate outcomes, program quality, institutional efficiency, and institutional accreditation. Milner also pursued a successful career as a research scientist with numerous publications, grants, and patents to her credit. Milner holds a PhD in Biochemistry from the University of Guelph and has numerous scientific publications, grants, and patents to her credit. 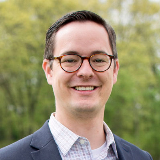